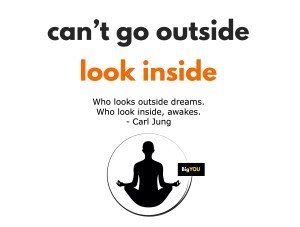 Home confinement is a strange thing. In the 1650s, the French philosopher Blaise Pascal noted that: ‘The sole cause of man’s unhappiness is that he cannot stay quietly in his room.’

Really? Surely having to stay confined in one’s quarters is a kind of psychological torture? Pascal’s idea challenges one of our most cherished beliefs: that we must always be busy, out-and-about and on-the-go, visiting new places in order to feel, discover, and do new and worthwhile things.

Well now nobody can go anywhere: some can’t even make the trip to the end of their lane. What if your real problem is not so much that you aren’t allowed to go anywhere, but that you don’t how to make the most of what is now on hand: TIME. Because right now many of us have more time on our hands than we have ever had in our entire lives.

Three hundred and fifty years ago, in 1665, Isaac Newton was in his early 20s and studying at Cambridge. Then the Great Plague struck England, eventually killing a quarter of the entire population of London. And like today, a version of social distancing was introduced. Cambridge sent students home to continue their studies, and Newton took up residence at his family estate about 80km north of Cambridge.

Without his professors to ‘guide’ him, Newton thrived. The year he spent in confinement has been referred to as his “year of wonders.” He continued to work on mathematical problems, his theories on optics, and right outside his window, there was an apple tree. Yep, that apple tree.

The story of how Newton sat under the tree, was hit on the head by an apple and suddenly understood the theory of gravity, is more myth than fact. But the theory of gravity did come to light while he was musing away during his one-year period of confinement. Newton returned to Cambridge in 1667, theories in hand. Within six months, he was made a fellow; two years later, a professor.

So, if you’re wondering what to do with your time for the next three months of quarantine, remember the example Newton set. This is your time to do the solitary, original, bold kind of thinking that can move your life forward – in the totally unstructured comfort of your own home. And no one cares whether or not you make it out of your pyjamas before noon.

This period of confinement creates the opportunity for your mind to order and understand itself. Fears, resentments, intentions, and dreams will become easier to name. You will start, in small steps, to know yourself slightly better.

You will – one day – recover your freedoms. The world will be yours to roam once more. You will be busy and time-poor again. In the meantime, this period of confinement is your opportunity to appreciate a great deal of what you generally see without ever properly noticing, and to understand what you have felt but not yet fully processed. Enjoy it.

The post THE CONSOLATION OF CONFINEMENT appeared first on The Brand Guy.