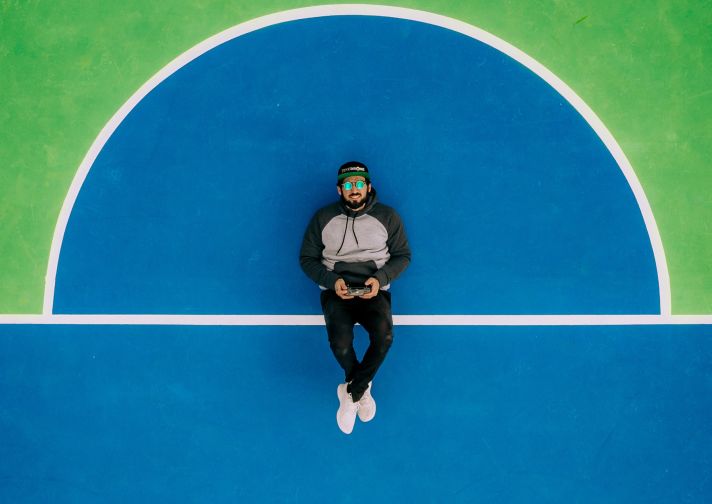 A big question in this early part of the 21st century seems to be “what is reality?“

But in many spheres and in many groups, evidence and consensus are increasingly diverging. Groups of people, bound only by their coincident presence in electronic rooms, appear to forego real world evidence to believe instead in a group fiction. To outsiders, this group’s ontology is a set of alternative facts or, more derisively, fake news. But the phenomenon is not limited to Q-anon. It is happening in groups of all types, sizes, cultures and ages, each living in its own constructed, divergent reality.

For marketing, marketers, advertising jockeys, brand builders, and not-so-hidden persuaders, the last couple of decades have been tough as moving customers to buy became much more an analytical skill of data manipulation and funnel management than emotion and psychology. Advertising became boring, devoid of creativity, focused on reminders rather than enticing, cajoling, seducing and charming the consumer. But the consumers’ need for dreams never really went away. The construction of fantasies simply became a peer-to-peer activity.

Consensus is not just divorced from evidence, it is increasingly fragmented… the consensus of smaller and smaller groups, micro-segments each believing their own fiction. Each group lives in its own digitally filtered, electronically augmented reality, with its own logic and only a tenuous and tangential connection to the physical world. In these chimeric worlds grow connections with other people, relationships, and a consensus about reality.

It seems humans of the 21st century would much rather live in a fiction we can agree on than in a reality we can verify.

But maybe this is not unique to the 21st century. It has always been so, with various religions and sects creating consensus around their own shared beliefs. We have always lived inside Plato’s cave, experienced only its rear wall. Maybe it was the brief interlude of the latter half of the 20th century where mass media and mass schooling, a common curriculum with a shared belief in science and the idea of progress that created the illusion of convergence between consensus and evidence. And maybe even in that universe, the convergence between evidence and consensus was manufactured. And maybe the internet that brooks no mass, has returned us to a natural divergence of consensus and evidence based realities. Maybe that is, like opposable thumbs and language and the ability to plan, one of the things that makes us human, distinct from other animals: the ability to construct fictional shared realities that are internally consistent and consensually coherent.

And if that is true, then is it any surprise that that divergence is at the heart of the new businesses that are emerging from Silicon Valley this century? In the span of a few short decades, the Valley has rapidly evolved from building chips and hardware, to software, to networks (including the Web), to hosting social connections and communities in social media, to now constructing a metaverse: a technology in the service of creating shared fictions inside which we can live, a merger of the economies of northern and southern California, of Silicon Valley and Hollywood.

The construction of the infrastructure of the metaverse, as envisaged by the moguls building it, is naturally bankrolled by advertising, which has always, even in the age of mass marketing, been the siren’s invitation to disconnect from mundane or harsh reality and dive into fantasy purpose-built brandscapes. It offers marketers a new lease on life, provided they are humble enough to recognize they are no longer the creators and disseminators of consumers’ imaginary worlds, but rather curators and facilitators of realities constructed through consumer interactions.

The pandemic that kicked off the third decade of the 21st century provided impetus and a proof of concept for the idea that we can all live inside the machines, or the machine. It is now a matter of building the code matrices that will furnish the new living quarters. No sooner had Facebook announced its name change to Meta and its mission to build the Metaverse, events seen as the formal ribbon cutting of the grand project to migrate humanity to the promised virtual land, Microsoft announced its acquisition of Activision Blizzard, a maker of electronic worlds, including Call of Duty and World of Warcraft, that already host 400 million people, signaling that there will be more than one manufacturer of promised lands, more than one prophet to take us there. More announcements are bound to follow.

While some of the founders of these new worlds may themselves choose to escape the constraints of this planet by blasting into space or living on Mars, most of us will escape by going inside the metaverse. Here, we will live, work, and play in the fictions we help construct within the laws of physics defined by the matrices of the prophets, and the laws of economics handed to us by Satoshi san.

Disclaimer: this version of reality may or may not be the one that comes to be, and may be subject to possible violent clashes with physical realities such as climate change or clashes among groups adhering to different fictions.

Contributed to Branding Strategy Insider by: Niraj Dawar, Author of TILT: Shifting Your Strategy From Products To Customers

The Blake Project Can Help: The Brand Positioning Workshop