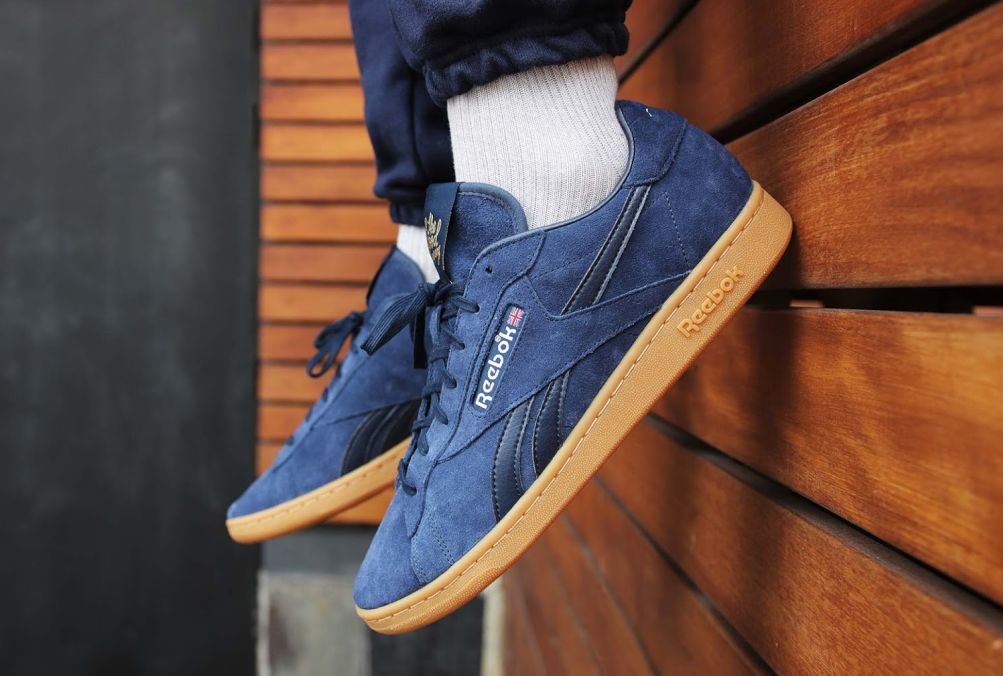 As reported in Bloomberg BusinessWeek, athletic shoe brand Reebok, recently orphaned by Adidas, has a new owner: Authentic Brands Group, Inc. Authentic Brands is known for the rejuvenation of mismanaged, once wonderful brands.

Reebok has an incredible backstory.

Joseph William Foster, who designed some of the earliest spiked running shoes, founded a business with his sons in 1900. J.W. Foster and Sons became famous across the British Empire for innovative athletic shoes. (The Olympic runner, Harold Abrahams, wore a pair of Foster’s “running pumps” in the Paris Summer Olympics in 1924. The film, Chariots of Fire, commemorated Mr. Abrahams.)

In 1979, at a Chicago trade show, Paul Fireman, worked in his family’s Boston, MA outdoor and fishing gear business, saw Reeboks for the first time. Mr. Fireman gained the rights to license and sell Reeboks in the US. In the space of two years, in 1981, Reebok’s sales were $1.5 million.

Mr. Fireman made a savvy observation. Most gyms, such as the iconic Gold’s, focused on men and bodybuilding. Newer health clubs and aerobics classes had mostly female customers. Reebok created the Reebok Freestyle aerobics shoe in 1982, the first athletic shoe designed for women.

Reebok’s success led Mr. Fireman to buy the UK-based parent company in 1984. The Reebok brand went public in 1985. And, during the later 1980’s, with new shoe products, shoe innovations, clothing and accessories, Reebok’s sales soared to $1 billion. Reebok closed sponsorship deals and sports celebrity endorsements. Reebok was one of the most connected sports brands next to Nike. In 2005, Reebok became part of the Adidas family.

Adidas could not keep the energy going. Adidas replaced Paul Fireman while pushing Reebok into a wider array of partnerships and logo changes. There were turnarounds, write-downs and restructurings. Each effort had a new rationale. But, none of the actions could replicate Reebok’s prior success. The Reebok brand became lost in brand mismanagement. Adidas focused primarily on its namesake brand fearing any huge push behind Reebok might jeopardize Adidas’ success.

Cost cuts did place profit on the bottom line. But, as one analyst told The Wall Street Journal, “Returning profit was a good step but driving the top line is something else.” According to Bloomberg BusinessWeek, Reebok no longer fit into Adidas’ strategic plans.

Authentic Brands’ revitalization of Reebok will be a challenge.

The history of Skechers provides some insight on brand building. There are some early similarities between Reebok and Skechers. For example, both brands were built by retail mavens who observed cultural market trends to identify a powerful position. It is unfortunate that Reebok lost its way during its Adidas years.

Here are four principles that Skechers followed in building the Skechers brand.

Skechers was the brain-child of Robert Greenberg who, along with his son, founded L.A. Gear in 1983. In 1992, Mr. Greenberg and his son Michael were ousted from L.A. Gear after a downturn in sales. The two Greenbergs started Skechers.

Skechers focused on a specific audience with specific unsatisfied needs. Robert Greenberg saw that the athletic shoe category dominated by Nike was highly competitive. But, he noticed that there was no brand aiming at casual street wear. Skechers aimed at young, with-it males who needed casual and stylish street shoes rather than more athletic shoes. As with Paul Fireman’s insight into women and fitness, Skechers made casual, stylish footwear for young hip men.

2. Know Your Customer’s Needs And Problems

The Greenbergs had a skill for staying aware and on top of style trends. This is an imperative in all categories but especially necessary in fashion. As fashion tastes changed, Skechers changed its product offerings. Adidas worried that innovative additions to the Reebok brand would cannibalize Adidas. Skechers saw that innovative products kept the brand successful. The Skechers Collection aimed at young, professional, more fashion-aware men with smarter, more sophisticated and formal casual footwear. Today, Skechers has over 3000 styles. Skechers’ brand essence is comfort technology. In our current stressed out world, people want to feel reassured, relaxed, recharged and revitalized. Comforting technology is technology that cares about how the person is feeling. Skechers describes itself as a brand for every lifestyle. Its provenance is a “growing legacy of comfort, innovation, quality and style.

3. Create A Product That Is A Representative Symbol For The Brand’s Market

Early on, to generate awareness and familiarity, Skechers created an iconic product, the Chrome Dome, an urban street boot. The Chrome Dome reflected the zeitgeist of youth at a time when Nirvana owned the music charts. The Chrome Dome was the perfect brand user’s experiential example. Popular with both men and women, the Chrome Dome was sold with a grungy, well-worn look. Having an iconic product that is synced with current trends modernizes and connects a brand. Nissan did this during its first renovation under Carlos Ghosn by resurrecting the 280Z. Reebok did it with the Freestyle. What would McDonald’s be without the Big Mac? What would Dodge be without the Charger?

4. Break Through With Exciting News Highlighting Creative, Valued Solutions To The Customer’s Needs And Problems

Skechers believes marketing communications is essential for brand success. Having a great brand is great, but if no one knows about it, that great brand will languish. Today, Skechers is a heavy user of celebrity TV advertising for its innovative comfortable, stylish walking shoes and other products. Skechers knows that communicating something new generates interest: new is news. For example, in the recent Wall Street Journal weekend magazine, Skechers ran a print ad hyping its Skechers Max Cushioning shoe. It has Ultra GO® cushioning, air cooled GOga mat and other materials to make your walk comfortable, breathable with lots of traction and a “snug, sock-like fit.” On the first page of The New York Times Sunday Style section Skechers advertised its Skechers Uno, a stylish walking shoe with a visible air bubble (Skechers Air) and memory foam.

In its Reebok article, Bloomberg BusinessWeek asks if the best way to rejuvenate Reebok is to go back to its original positioning or to go somewhere else with R&D and new, innovative styles. The article quotes a branding executive who captures Authentic Brands’ Reebok conundrum. “It’s almost not worth trying to break into it (the original positioning) again, even with an iconic name. The shelves are full. No one’s going to move over for you to move in.”

Due to brand mismanagement, Reebok lost its own identity. Brands can last forever. But, only if properly managed.

Let’s hope Reebok focuses on articulating a core brand promise in a relevant, differentiated, trustworthy way. And, let’s hope Reebok focuses on delivering that relevant, differentiated, trustworthy promised experience each time, every time, to every customer everywhere in a quality manner. Let’s hope Authentic Brands focuses on revitalizing Reebok not by going backwards. Reebok’s success will rest on identifying a market space where it can profitably satisfy customer needs with innovative product news that captures today’s changing world. Following the four steps from Skechers’ playbook would make sense.